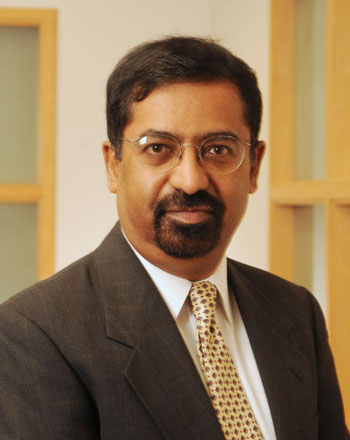 Amitava Dutta is a professor and the area chair of information systems and operation management. He holds the LeRoy Eakin Endowed Chair in electronic commerce.

Prior to joining Mason in 1992, Dutta held faculty positions at the University of Iowa and the Simon School of The University of Rochester, New York. He was also a visiting professor at the Technical University of Darmstadt, Germany and the Indian Institute of Management Calcutta, India.

Dutta was recently appointed an international research fellow at the Electronic Commerce Research Center of the Korea Advanced Institute of Science and Technology. He has consulted with and conducted training seminars for several organizations in the government and private sector.

Dutta earned a B.Tech in electronics and telecommunications engineering from the Indian Institute of Technology, an MS in electrical engineering and computer science from the University of California, and a PhD in management information systems from Purdue University.