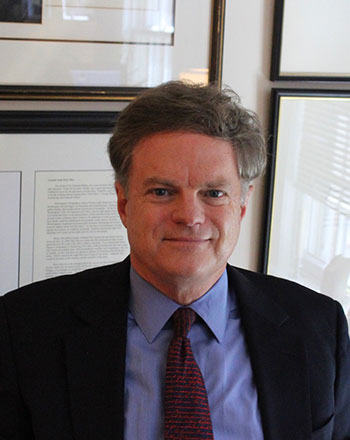 John Bridgeland is Founder & CEO of Civic, Vice Chair of Service Year Alliance at The Aspen Institute to make a service year a common expectation and opportunity for all 18-28 year olds, Co-Convener of GradNation to reach a 90 percent high school graduation rate by 2020, and Vice Chairman of Malaria No More, a nonprofit working to end malaria deaths in Africa.

Previously, Bridgeland was appointed by President Obama to serve on the White House Council for Community Solutions. He also served as Director of the White House Domestic Policy Council, Assistant to the President of the United States, and first Director of the USA Freedom Corps under President George W. Bush. He is a member of the Bipartisan Policy Center’s Commission on Political Reform.

He is a graduate of Harvard College and the University of Virginia School of Law and has given commencement addresses at the College of William & Mary, Johns Hopkins University, Saint Anselm College, Hamline University and Ripon College. In addition, he was named a Non-Profit Executive of the Year in 2009 for his work in developing the Serve America Act that was signed into law.